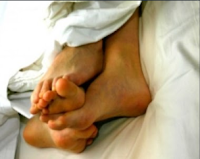 Today's post we are talking about seducing married women. I am going to cover how to meet, approach, seduce, and even date married women. There are benefits to dating married women that aren't there with a single one. It takes a lot of time and money to date a single woman. A married one is afraid to get caught, so they like nights in or long drives. They can only be out but so late. All of these things make it easy for you. You don't need to spend a lot of money or time to make her happy. The best part of the relationship is that it doesn't last too long, it's based on really great sex, and there is no commitment.

Lets start with how to meet them. Work is always a good spot. The grocery store or book stores. In public social areas, the woman drinking at the club or bar alone is usually looking for attention. That is usually a career woman but you will find a wife there every now and then that just isn't ready to go home yet. That is usually the one that can be gotten quite easily. In a lot of cases, that night. Most wives are easier than you think. Unlike men women never stop looking for the perfect man. They also get board quite easily. Even if their husband showers them with attention and gifts, it gets boring and they long for something different. The husband eventually starts to take them for granted and they don't feel as attractive as they use to. They're not looking to leave as much as they are looking for a little fun and excitement.

Next is approaching them. You want to move very slowly. They need to feel that they are not going to compromise their life so comfort is very important. The first date should be fairly innocent unless you are sure that an affair is her intentions. If it isn't, a coffee date or some other innocent activity will be fine. You just want her spending time with you. While hanging out just compliment her. Don't over do, just enough to make her feel good about herself. Make sure you talk a lot about her. Try to keep the focus on her. You want her to have a lot of fun hanging out with you. See if you can find things in common. So no disagreements and keep the jokes coming. Don't push it, but be playful. You want to smell good and look nice all the time in beginning. She isn't going to risk her marriage on just any slob. You want to jump on any opportunity to impress. Now you shouldn't really try to make moves in the beginning but if she is giving signals that she wants to move forward then don't stop yourself. Just be sure that you're going to be successful. 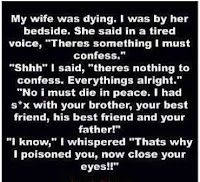 To seduce can be a little tricky especially if she's happily married. Unlike a single woman you're only going to get one chance to make a move, so you need to be sure you're in when you make it. If you fail, it's done and she will never hang out with you again. What you 're trying to set up is a state of mind that the affair was  her decision or even better, her idea. After you have hung out a couple times, you want to start to do some innocent flirting. Point out something you like on women you see when you're out. It would be great if it's something similar that you complimented about her before. Example: If she has nice nails and you mentioned it before,
look at a woman in close vicinity and mention you admire the color on that girls nails. Talk about a color combination you like in clothing. Say you like ankle bracelets or long skirts. Something that isn't odd but not common. If you find her going a little out of her way to look her best when you hang out or doing the things you said you like. Then you know you making head way. That's when you start to treat her like she's single. Be a little bolder with your flirting. That's when you want to start making your moves.


Lastly  I want to talk about dating a married woman. They have a marriage and family they don't want ruined. That is their first priority. So you want to set ground rules. You want to let her know that you're not looking to complicate her life or trying to commit to anything serious. Let her know she can end it at any time. When in public you need to watch your body language your and hers. It can't come off as being on a date. Asks her if she feels comfortable where you guys are when your out and ask if she wants to leave.. You should ask that at least once on every date. It's a good indicator to let you know how you're doing. If she's having adulteress thoughts, being in public with you will get to be uncomfortable. So if you get a yes one night, try taking a long drive to another town or a picnic to someplace remote to speed things along. Once you get to sex you need to deliver the goods. If the sex is bad, she will feel guilty and stop the affair immediately. So you need to put some effort there.


Now those are the tips to seducing a married woman. Married women are just like any other woman. Every woman has a scenario in their head where they would have an affair and married women are no exception. They may only do one night but if you're there when that night arrives, why not have some fun. With that I bring this post to a close.

Female's Guide To The Male Mind

Promote Your Page Too